Over 260 guests joined Combined Arms at its Grand Opening on the evening of Thursday, January 26th, 2017, our Transition Center in Houston’s East Downtown. The evening began with a reception in the Fitness Center and first floor workspaces followed by a rooftop Ribbon-Cutting Ceremony under the stars.  The event was emceed by Combined Arms Board Member John Boerstler. The keynote address was given by Lieutenant General Steven Hummer, USMC Retired.  Chairman of the Board, Bryan Foster, gave a speech before turning over the podium to City of Houston Mayor Sylvester Turner. Mayor Turner spoke and then presented Executive Director Kelly Land with an official proclamation which designated January 26th, 2017, as Combined Arms Day. Attendees for the event include members of Local Government Officials, Flag Officers, Agency Leadership, Partners, Supporters, Veterans, Friends and even an Astronaut!

The Grand Opening signifies to Houston that Combined Arms is fully-operational and open for business. We have been serving veterans since day one, but it was important to celebrate several milestones. During the event, the Integrated Technology System (ITS) was unveiled by Combined Arms Creative Technology Manager, Brian Wilson. Brian worked with our commercial partner, Midas Development, throughout the technology build-out.  Additionally, Combined Arms’ new logo design was revealed for the first time during the event. Big thanks to our partners, Midas Development and The Black Sheep Agency, for a job well done!

Since inception, the Combined Arms Team has worked hard to secure funding, move into the Transition Center, hire staff, recruit Member Organizations and build-out the Integrated Technology System.  This event was, by all accounts, successful; however, the hard work still lies before us. It’s important to celebrate the victories, while humbly recognizing the difficult path ahead.

…but for now, “Great Job Everyone!” 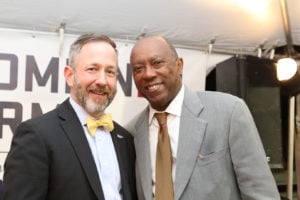 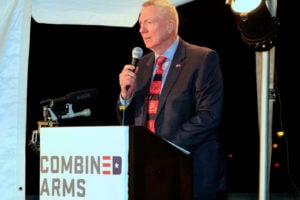 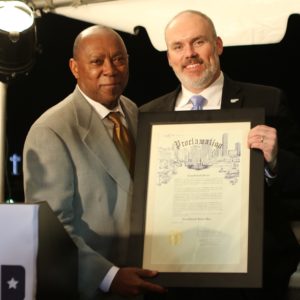